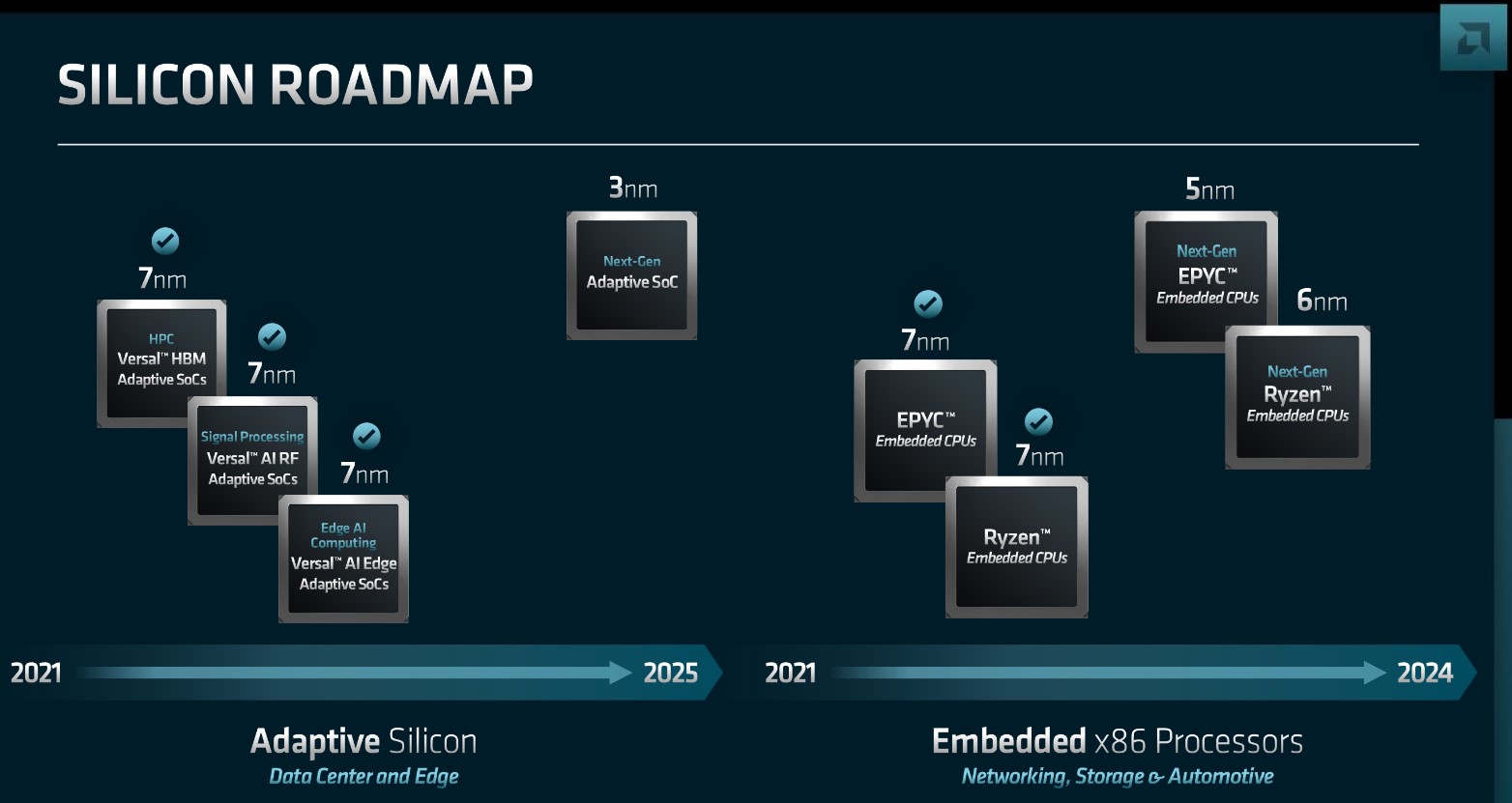 This is done very quickly live, so please excuse typos.

AMD provided an update on the business that was previously Xilinx. Something Xilinx brings to AMD is a set of clients in the embedded space. Selling an FPGA is very different from a sales move to customers than server or desktop processors. Likewise,

On-board 7nm EPYC processors, if anyone has any, let us know. We haven’t heard of AMD releasing an update to the EPYC 3000 series. It looks like AMD will move to 5nm next. Xilinx moves to 3nm after 7nm, so it will take a few years to see the next generation after Versal.

Now the big part, the AI. AMD is starting to take AI seriously. We have already covered the AMD MI300 APU. AI is going to be a huge cutting-edge use case, and that’s the market Xilinx was aiming for.

Perhaps the biggest announcement today is that AMD is making an AI push. The first is the AMD XDNA. Part of that is not just the FPGA, but also the new AI engine. The AI ​​engine was part of Versal which are the ACAPs being rolled out. AI engines combine local memory with the AI ​​processing engine into tiles that can be scaled.

This is AMD’s accelerator block for AI. It also has an adaptable interconnect that can reconfigure the layout of the different motors.

AMD explains that by adding the AI ​​engines to processors and with next-generation products, it will have a portfolio ranging from cutting-edge AI inference to training.

AMD’s challenge with having a full stack pictured above is that it has software silos today. NVIDIA’s big win with CUDA ranges from small embedded parts like Jetson’s to data center GPUs.

AMD is looking to start unifying the AI ​​stack so developers can start developing once and then work with any number of the company’s products.

This will continue to push further down the stack in the future.

This is in many ways similar to the OneAPI approach where Intel tries to abstract the hardware from developers so that applications can be written and take advantage of hardware acceleration on different types of devices. AMD is just beginning this journey and that’s a good sign.

It’s an interesting strategy, but it also requires AMD to perform well on the software side and people to start using it. Many of these markets are Xilinx territory, but in certain areas like AI, people think of NVIDIA first.

AMD needs an AI story, but its position is that AI is still a newer market, so there’s still time to catch up now that it has a broader portfolio.